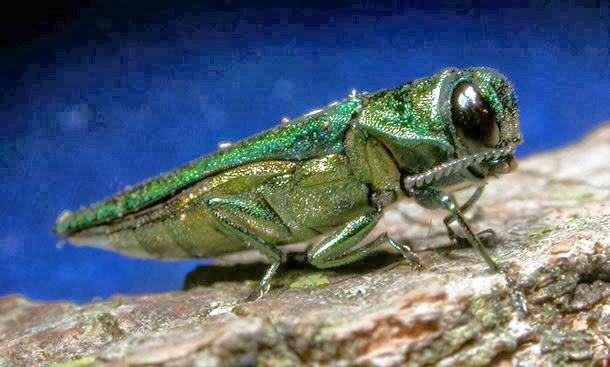 The Emerald Ash Borer is Quite the Pain!

This infectious beetle originated in Asia and has now spread to the U.S and is found in the upper Midwest. They are metallic emerald green and are only about half an inch long, so spotting them can be tricky. These pesky beetles are spreading quickly and are predicted to infest all unprotected trees in the U.S. and Canada in the next twenty years. How do they cause such destruction? They harm the ash trees by laying eggs on the bark. These eggs hatch into larvae that tunnel into the tree and consume its sapwood. This interrupts the tree's water flow, which dehydrates the tree and slowly kills it. Horrible right?

Do You Have an Ash Tree?

There are several types of ash trees including green, black, white, and blue. They are all vulnerable to the pesky beetles. Green and white are most commonly found in the Midwest. An ash tree has opposing branches, 5-11 leaflets on a leaf, and bark with diamond-shaped ridges. So if your tree has these criteria, congratulations! You have an ash tree.

How to detect the Bothersome Beetle!

Whether your ash tree is healthy or not, it should still be treated and protected from the meddlesome emerald ash borer. It is hard to detect early infestation, so it is better to be proactive. Symptoms that your tree is infected include:

However, these conditions could also be from other problems such as drought or injury. To rule these options out, here are some examples of infected ash trees. 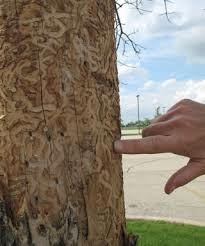 Branches growing from the lower trunk 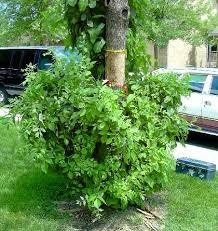 Branches dying from the top down 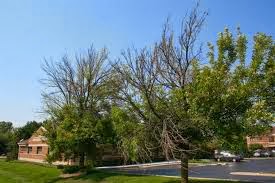 These insects have created such an issue that states have begun labeling certain counties under EAB (emerald ash borers) quarantines. The quarantines were implemented to prevent further spreading of emerald ash borers. Current counties in Minnesota as of May 2012 include: Hennepin, Houston, Ramsey, and Winona. Firewood of deciduous species (not pine or fir) in these areas should not be used. So make sure your firewood is from areas that are not quarantined or buy some when you are ready to light up the fireplace!

It's Not Really a Do-It-Yourself Project

While websites advise to use insecticides, they can be hazardous. Your city may have complicated restrictions or guidelines on insecticides which could result in a headache. Chopping your ash tree down Paul Bunyan style won't solve anything either. Your tree could be perfectly healthy or you could risk spreading borers when transporting the wood to the dump. Treating and protecting trees should be left to the pros.