Trees are more than just part of our natural landscape. They provide shelter and food for wildlife. They absorb carbon dioxide and produce breathable air. And one of the best things about trees is that they add to the beauty of the world.

1. Trees are the longest living organisms on Earth, and never die of old age.

Dating a tree by studying its rings is called Dendrochronology. However, a tree’s rings don’t only reveal its age, they can also indicate the occurrence of natural disasters such as a volcanic eruption or a drought event. In the years of good growth, characterized by a healthy supply of resources, the ring is thick. It is thin when resources are scarce in the ecosystem. A study by Somaru Ram from the Indian Institute of Tropical Meteorology showed that the increasing heat index and temperature in Sikkim, India has had an adverse effect on tree growth due to high potential evapotranspiration—the rate at which plants lose water through their leaves. Such studies help scientists understand the impact of climate change.

Strategically planting trees and shrubs can save you up to 25 percent on your energy bills. A shade tree can help cool your home by as much as 20 degrees in the summertime. Not only do they provide shade in the summer, but serve as a windbreak in the winter, too.

4. Some trees have been to the moon.

“Moon trees'' were grown from seeds taken to the moon during the Apollo 14 mission in early 1971. NASA and the US Forest Service wanted to see if the moon’s orbit caused the seeds to grow differently back on earth. These trees were donated to state forestry services in 1975 and 1976.

5. Trees are able to communicate and defend themselves against attacking insects.

Scientists have found that trees can flood their leaves with chemicals called phenolics when the insects begin their raid. They can also signal danger to other trees so they can start their own defense. Willow trees, for example, emit certain chemicals when they’re attacked by webworms. Other willows then produce more tannin, making their leaves harder for the pests to digest.

They reduce noise through a phenomenon called sound attenuation, which is the reduction of sound intensity. Leaves, twigs, and branches on trees, shrubs, and herbaceous growth absorb and deflect sound waves to mask unwanted noise. 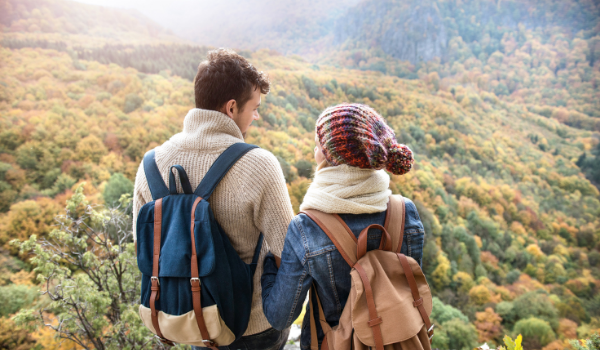 7. Trees can help to reduce stress.

Research suggests that being around trees is good for our mental and social well-being. A study conducted by the University of Illinois and the University of Hong Kong found that the denser the forest, the lower the stress, which suggests that taking a walk down a tree-lined street could prove beneficial to your mental wellbeing. Research also suggests that nature experiences help us to feel kinder toward others. This is partly because they release chemicals called phytoncides. When we breathe them in, it can reduce blood pressure, lower anxiety levels, and increase pain threshold.

A mature tree can absorb more than 48 pounds of carbon dioxide each year, removing and storing the carbon while releasing the oxygen back into the air. In Chicago, trees remove more than 18,000 tons of air pollution each year.

9. Trees can help you find your way if you get lost in the woods. 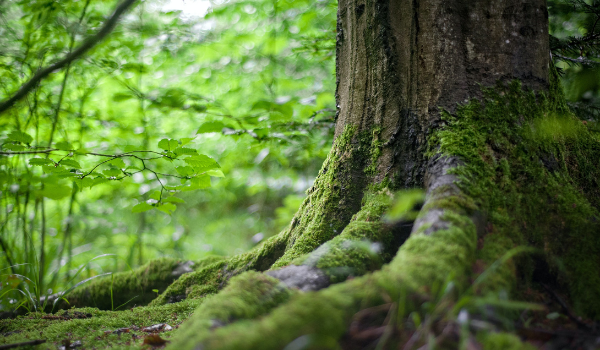 In northern temperate climates, moss will grow on the northern side of the tree trunk, where there is more shade. Also, a tree’s rings can help point you in the right direction too. If you’re in the northern hemisphere, you can see the rings of the tree grow slightly thicker on the southern side since it receives more light.  In the southern hemisphere, the opposite is true, with rings being thicker on the north side.

10. More than half of all tree species exist in only one country.

There are 60,000 tree species in the world and many are threatened with extinction. Brazil, Colombia, and Indonesia have the highest totals for native tree species.

Several recent nationwide surveys show that mature trees in a well-landscaped yard can increase the value of a house by seven to 19 percent. A study by a Michigan State professor found that across seven different states, study participants perceived that home value increased from five to 11% for homes with a good landscape.

12. If a birdhouse is hung on a tree branch, it won’t move up the tree as the tree grows. 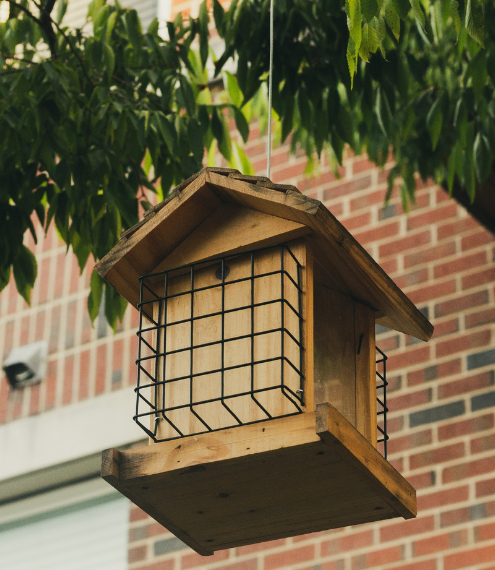 This is because trees grow from the top. Specialized cells in the ends of the tree shoots form areas called meristems. These meristems are the locations from which a tree grows taller and limbs grow longer. Because trees grow from their most distal ends, it means that a branch will always be the same height as it was the day it emerged from the trunk as a little bud. However, just because tree branches do not rise as a tree grows doesn’t mean they will always be there, many trees shed their lowest branches as they grow.

As rain falls to the Earth, it is slowed and filtered by trees, helping it soak into the soil. Trees then serve as natural sponges, collecting and filtering rainwater and releasing it slowly into streams and rivers. They also prevent soil from eroding into our waterways, reduce stormwater runoff, and lessen flood damage.

14. Different parts of a tree grow at different times throughout the year.

Typically, most of the foliage growth happens in the spring, followed by trunk growth in the summer and root growth in the fall and winter.